Flu over the summer

Decipher my data wasn’t collecting absence levels over the summer as schools were on holiday and there typically isn’t much flu around during this time. However, research and public health work preparing for the flu season goes on, so what have you missed? Two important stories emerged during the break: the first around vaccinating school children against flu; and the second is the discovery of a new strain of influenza identified in the USA.

Dr Jenner performing his first vaccination on a child, 1796. From the Wellcome Library

Children and young adults are a particularly important group for the spread of flu. Last year, levels were very low, but it was children aged 1-4 years that went to see their GP with a ‘flu like illness’ the most (See Figure 1 below). Similarly, during the recent flu pandemic in 2009/10, it was children aged 5-14 that had the highest rates of disease confirmed by tests for the virus.

These laboratory and surveillance data have been used in simulations of the spread of flu. These computer models have shown that children and young adults play a pivotal role in the spread of the virus in the general population and that vaccinating children against flu could reduce this spread. The research has also shown that preventing cases of flu in children can also help avert cases in those groups at greatest risk of complications, such as the elderly, or those with chronic medical conditions.

For this reason, the government recently announced that it plans to introduce an annual vaccination campaign of all children aged two to 17 in England. It is hoped that when introduced, this will result in 11,000 fewer hospitalisations and 2,000 fewer deaths each year. This vaccination campaign in children won’t start for several years, but when it does we think that decipher my data might be able to provide some useful data to help evaluate whether it works when implemented in practice, so watch this space! 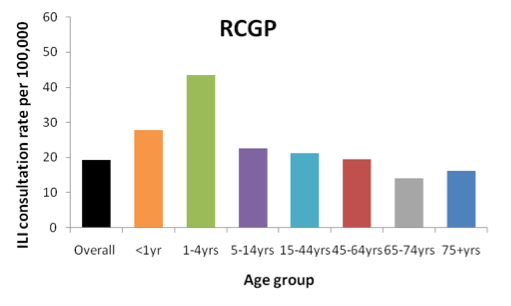 Public health doctors and researchers in the UK tend to watch what’s happening around the rest of the world quite closely over our summer because, as the recent swine flu pandemic demonstrated, infections can spread very rapidly due to air travel. Because of this, a recent development that’s received lots of attention in the news is the emergence of a novel swine-origin influenza A(H3N2)v virus in the USA. Those affected have mostly had contact with pigs and the risk of infection to the UK population is assessed to be very low.

We’ll be watching this and any other developments over the coming weeks and I’ll try to point out interesting flu related news in these blog posts. Like last year, we can’t and won’t try to predict what will happen during the forthcoming flu season, but we’re certain that the students involved will be helping us decipher their school’s data.