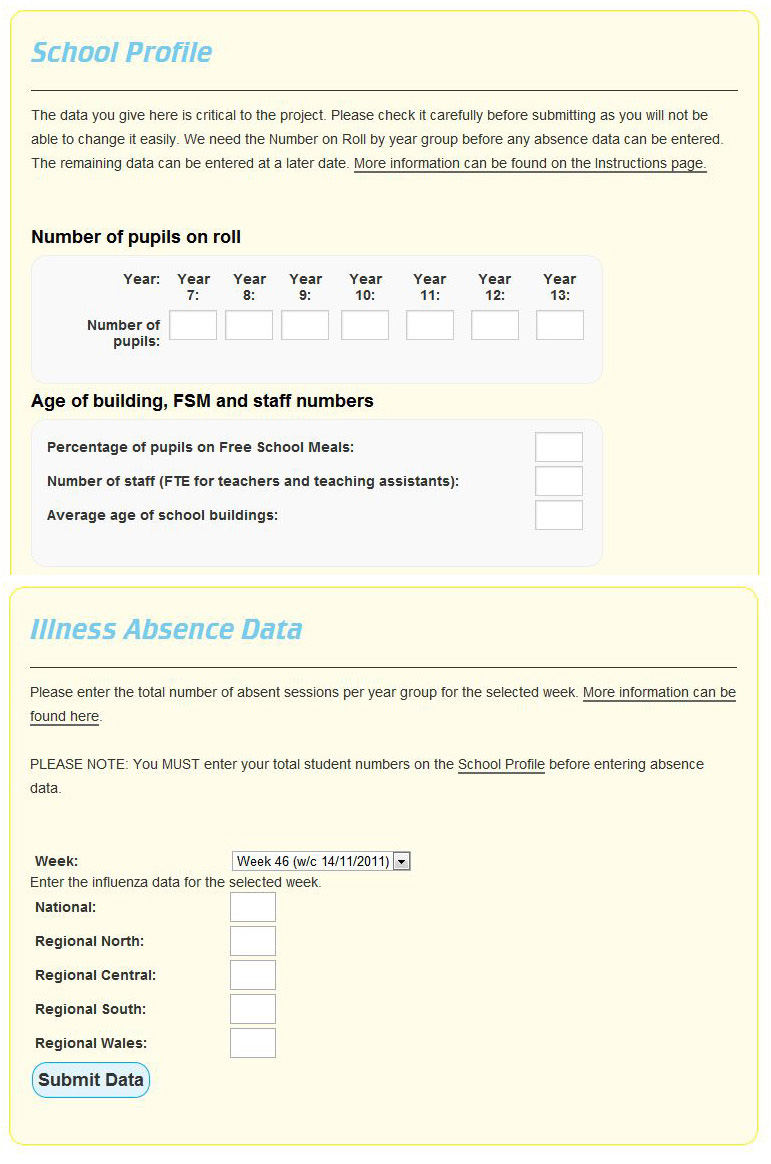 Hello! I’m a teacher from the south of England and I’ll be taking part in Flu! I’ve been asked by the Decipher my Data! team to give my first impressions of the project. I’ve been told I have to post anonymously – it seems Dr Rob takes this side of the experiment very seriously!

I signed up to the project because I want to give my year 8 students a chance to learn about data analysis by doing some real science.  On Friday I got the email saying that my account is active, which meant I could access the data entry and analysis pages. I’m getting a better idea of how it’s going to work and to be honest I’m thinking of doing it with my year 10s as ISA prep (even though I’m not a biologist!) as well as my year 8s. I’ve been talking about the project in the staffroom and a couple of the maths teachers want in too for their statistics units.

For data entry, there’s a school profile page, where you fill in key information about your school. This took me about 10 minutes, I’ve filled in the number of students on roll and left a couple of questions for later. Then there’s a page for entering your school’s absence due to illness data.  I spoke to my school’s absence officer and she said she will be happy to send this to me in a report each week. This should make it quite an easy, quick process and I don’t expect it to take any more than 5 minutes each week.

Data analysis is also relatively simple, as your data instantly appears on the graph page, which will allow you to compare your school’s data with other school’s and national data. This is the graph where all the action’s going to happen – it’ll show when my school has an outbreak of illness, which may correlate to an outbreak of flu.  I wasn’t planning on doing the lessons till later in the year when I do the microbes topic but I’ve introduced the project to my year 8 class who are pretty excited by the prospect of doing something that’s really meaningful! They like the idea that we don’t know the answer yet . I can already spot a couple who are going to be pestering me about what’s happening through the year. I think I might give one of them the job of 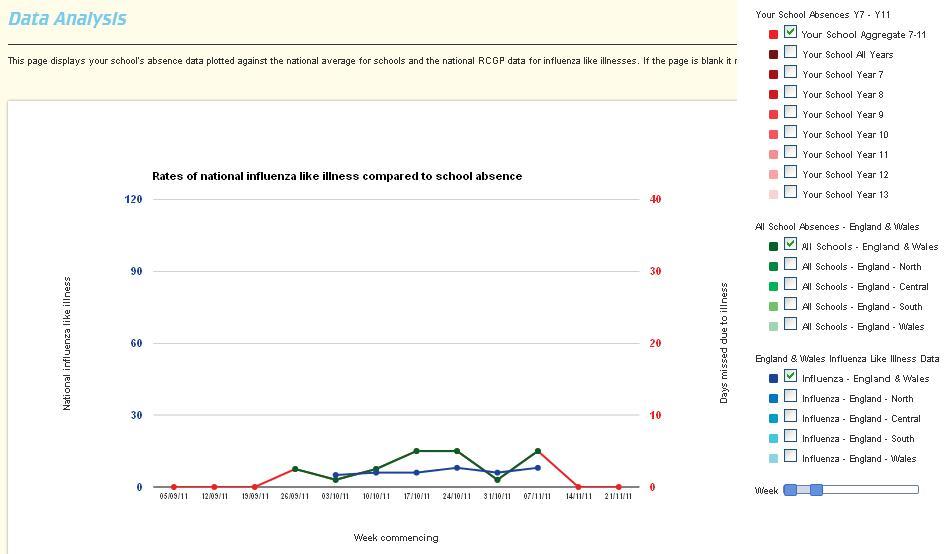 entering the data each week. Some of the students saw the film “Contagion” recently and were asking about it. Apparently one of the characters in the film is basically playing Dr Rob’s equivalent post in the US!